The Rt. Hon. The Lord Mance 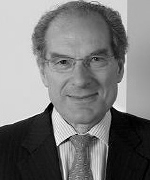 Prior to becoming a member of the Judicial Integrity Group, the then Lord Justice Mance chaired the Consultative Council of European Judges (CCEJ) that reviewed the Bangalore Draft Code of Judicial Conduct and recommended several amendments following a meeting in Strasbourg in June 2002. Later, he represented the CCJE and participated at the meeting in Vienna in March 2007 of the Intergovernmental Group of Experts, convened at the request of ECOSOC, that examined and agreed upon the text of the Commentary on the Bangalore Principles.

Jonathan Hugh Mance read law at University College Oxford and was called to the Bar by the Middle Temple in 1965. He worked in a Hamburg law firm and then practised at the commercial Bar. In 1982, at the age of 39, he became a Queen's Counsel. In 1990, he was appointed a Recorder, and was Chairman of the Banking Appeals Tribunal from 1992-1993. In 1993 he was appointed a Judge of the Queen's Bench Division of the High Court, receiving the traditional knighthood at the same time. In 1999, he was appointed to the Court of Appeal as a Lord Justice of Appeal, and appointed to the Privy Council. In 2005, he was appointed a Lord of Appeal in Ordinary and raised to the Peerage as Baron Mance of Frognal in the London Borough of Camden. On 1 October 2009 he and nine other Lords of Appeal became Justices of the Supreme Court upon the inauguration of that Court.

Lord Mance represents the United Kingdom on the Council of Europe's Consultative Council of European Judges, being elected its first chair from 2000 to 2003. He currently chairs the International Law Association and the Lord Chancellor's Advisory Committee on Private International Law. He is a member of the seven person panel set up under the Treaty on the Functioning of the European Union (article 255) to give an opinion on candidates' suitability to perform the duties of Judge and Advocate-General of the European Court of Justice and General Court. He was President of the British Insurance Law Association (2000-2002), and Trustee of the European Law Academy (2003).

He served from 2007 to 2009 on the House of Lords European Union Select Committee, chairing sub-committee E which scrutinises proposals concerning European law and institutions. In 2006 he chaired a working group under the auspices of the All Party Parliamentary Group on the Great Lakes Region, recommending changes in the procedures for enforcement of the OECD Guidelines for Multinational Enterprises; and in 2008 he led an international delegation for the same Group and the Swedish Foundation for Human Rights, reporting on the problems of impunity in relation to violence against women in the Congo.