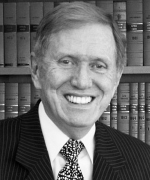 Michael Donald Kirby practised as a solicitor, and as a barrister, before his appointment in 1974 as Deputy President of the Australian Conciliation and Arbitration Commission. At the age of 35, he was the youngest to be appointed to federal judicial office in Australia. In the following year, he was appointed to serve concurrently as the inaugural Chairman of the Australian Law Reform Commission. In 1983, he was appointed a Judge of the Federal Court of Australia, and in 1984 as President of the New South Wales Court of Appeal. In 1995, he was concurrently appointed as President of the Court of Appeal of the Solomon Islands. In 1996, he was appointed as one of the seven Justices of the High Court of Australia, and soon became the longest serving judge in his country. His judgments have been regarded as liberal in their approach, as well as exhibiting compassion and thoughtfulness. In 2004, he delivered a dissenting opinion on nearly 40% of the matters in which he participated, almost twice as many as any of his colleagues; in constitutional cases, his rate of dissent was more than 50%. He has explained that "there have always been divisions, reflecting the different philosophies and perspectives of the office-holders", and that throughout the Court's history many dissenting opinions have ultimately been adopted as good law.

Justice Kirby has been involved in a large number of international activities. He chaired two expert groups of the OECD on privacy and data security, and served on the International Bioethics Committee of UNESCO, chairing the drafting group that prepared the Universal Declaration on Bioethics and Human Rights (2005). He also served on the Ethics Committee of the Human Genome Organization, London, chaired the expert group convened by UNAIDS and the High Commissioner for Human Rights on HIV/AIDS and Human Rights. He was appointed by ILO as a member of the Commission on Freedom of Association, and was Special Representative of the Secretary-General of the United Nations for Human Rights in Cambodia. In 1994, he was the independent Chairman of the Constitutional Conference of Malawi. In 1995, he was elected President of the International Commission of Jurists, Geneva.